[introduction to the collection]: bird food cans are the most exquisite in matching, including two cans, three cans, four cans or five cans. The South pays much attention to the small flower bottles used for decorative flower arrangement in bird cages (some places are also used for feeding. For example, tonghuafeng in Chengdu uses small vases to feed honey). Different bird cages are equipped with vases of different shapes and sizes, which are matched with food cans and water cans, which is extremely elegant. Some people have made statistics on the bird cages and small vases of the Qing Dynasty. There are more than 30 kinds of birds of all sizes and shapes. There are two kinds of bird food cans: plain embryo and flower embryo. Plain embryo is distinguished by glaze color. There are many kinds of plain embryo, i.e. monochrome glaze bird food cans in the Qing Dynasty. They are recorded in Rouge water, cinnabar red, apple green, goose egg yellow, sky green after rain, pine green, Ji red, Ji blue, moon white, shadow green, blue Jun glaze, purple Jun glaze, etc. There are also many white glazed bird food cans in plain embryo, which is said to be a variety of monochrome glaze, called yuanxiao white; If there is a funeral or national funeral in a fastidious family, the bird cage must be replaced with a white bird food pot, otherwise it is disrespectful. Therefore, the white glazed bird food pot is also called "filial piety pot". 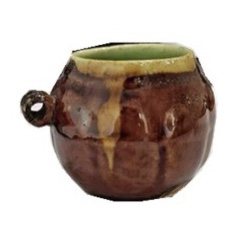 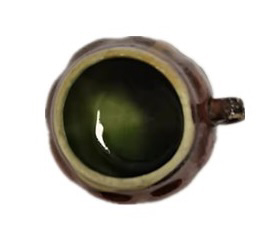 Most of the patterns contain all kinds of beautiful meanings. During the Ming and Qing Dynasties, China's decorative patterns have developed to "the picture must be intentional and the meaning must be auspicious" "The situation is full of the special charm of Chinese culture. For example, pomegranate symbolizes many children, peony symbolizes wealth, bat symbolizes happiness, Ganoderma lucidum symbolizes longevity and wishful thinking, grape symbolizes offspring reproduction, fish symbolizes surplus every year, and so on, which are reflected in bird food cans. The most wonderful thing about bird food cans in the Qing Dynasty is their painting, 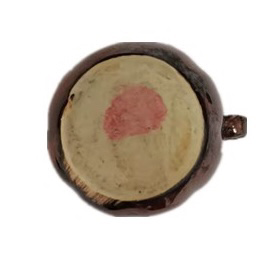 Some drawings are meticulous and meticulous; Some are abstract and freehand, flexible and elegant. One of the most valuable paintings is by famous artists. For example, Wang Bu, a famous master of porcelain painting in the late Qing Dynasty and the early Republic of China (1898-1968), painted bird food cans in Jingdezhen in his early years, and Yu Ziming, a famous porcelain painter in the late Qing Dynasty, participated in the painting of bird food cans. Since it is drawn by famous artists, it is necessary to select bird food cans with good shape and good fetal quality, and then draw them by hand. Therefore, these bird food cans have the characteristics of regular shape, moist glaze and exquisite painting, which are unforgettable. On the other hand, the owner hires famous craftsmen at a high price to make the custom-made things for the owner. The works must meet the owner's harsh requirements, which takes time and labor. Of course, such works are one in a hundred or one in a thousand. The bird food jar is a supporting item for the bird cage. What's more, it requires that the patterns and decorations on it echo and cooperate with the birds and bird cage. The thrush likes fighting and belongs to a martial bird. The story of the Three Kingdoms is carved on the thrush cage, and then the story scenes of the three kingdoms are drawn on the bird food tank, such as three British war against Lv Bu, thousands of miles walking solo, night war with Ma Chao, etc; The indigo chin is quiet and elegant, which belongs to the literati bird. The indigo chin jar is the scene of figures in the west chamber and the red chamber; Embroidered eyes are lively and beautiful, and scholars love to keep them. They carve and draw piano, chess, calligraphy and painting, five sons to ascend the throne, three friends in the winter, etc. on embroidered eye cages and bird food tanks to reflect the interests of scholars. Birds, cages and VATS echo each other and form a whole, which greatly increases the interest and artistry of raising and watching birds. Unfortunately, there are few old cages and jars with such charm now